Last minute route checking outings reminded us of the delights that await you. The images below from one of these exercises will, I hope, whet your appetite to a greater extent than it has been already whetted. Despite all the fabulous scenery and other distractions I suspect that this year’s edition of the Shamrock Vintage Challenge might well be remembered for its apparent fixation with galvanised gates. Finding “interesting” landmarks for the jogularities in some of the more remote territory was quite challenging. Recourse to galvanised gates was a welcome fallback on what transpired to be a considerably large number of occasions. Hence their insinuation into your grey matter. 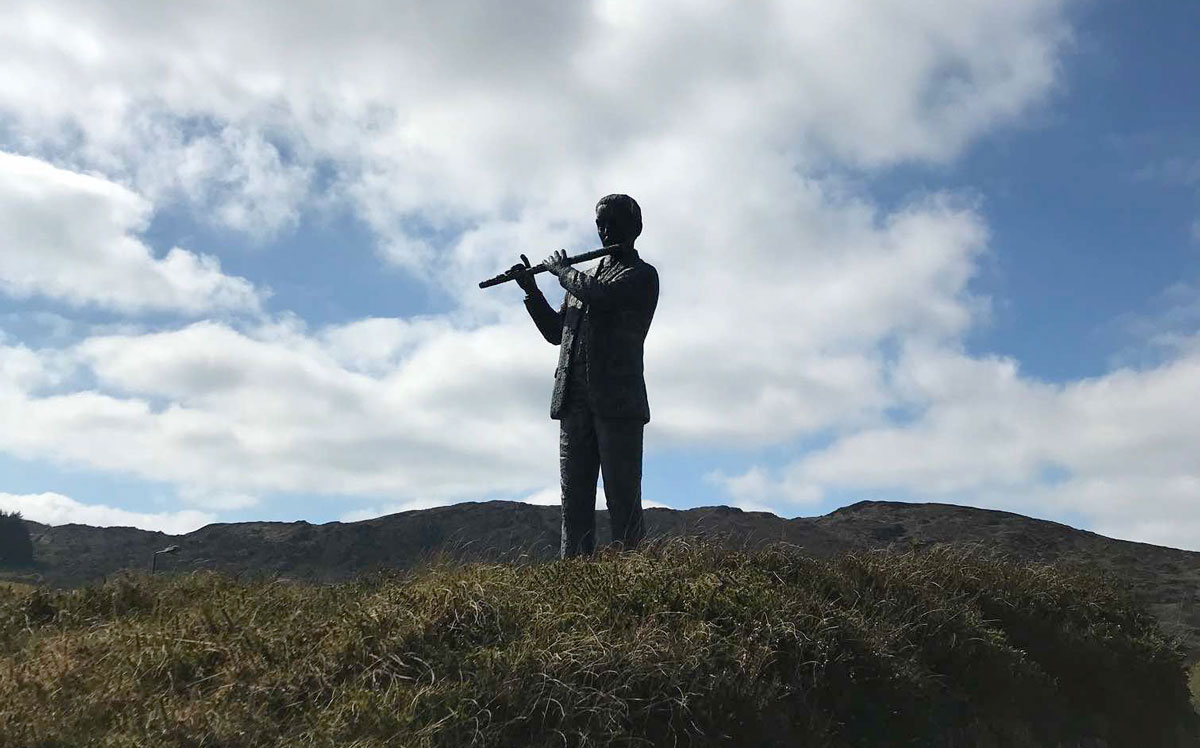 Following his success on the recent Flying Scotsman Bill Cleyndert has set himself up as a bit of a target. Let’s hope Jacqui doesn’t get caught in the cross-fire. Bill is bringing a different Bentley than he originally intended. Other Flying Scotsman good news was the announcement of the nuptials of Andy and Philippa (both now) Bailey. I suspect that seamless burgeoning of the liaison will be the order of the day. Further cause for celebration was their fine fifth overall. 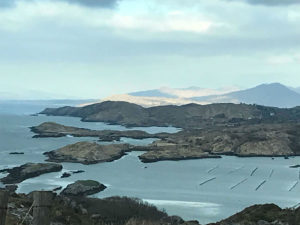 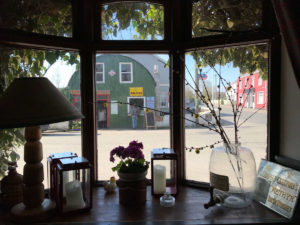 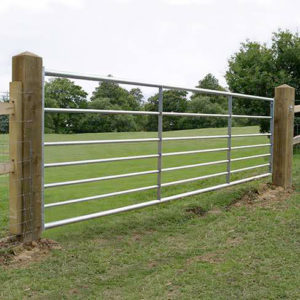 Mention of “galvanised” above, reminds me of my disappointment in the process as widely practised nowadays (galvanising that is). My formative education, such as it was, led me to believe that electrolysis with the gate, or other object to be treated, as the cathode, a zinc anode and zinc chloride as electrolyte resulted in a robust protective layer. This process is electroplating. I discovered recently that a more primitive approach is widely employed. The gate is just dipped into a vat of molten zinc which results in a layer of zinc remaining when the gate is removed. This is sufficiently thick to prevent corrosion. Incidentally, it is not actually the zinc itself which offers the protection but the coherent layer of zinc oxide which forms as soon as the zinc is in contact with the air. This prevents the ingress of corroding chemicals.

More names from our entry list finished well up the order as well: Stuart & Emily Anderson, Graham Goodwin & Vincent Fairclough, Andrew & Ann Boland, Gavin & Diana Henderson and Eric & John Kavanagh. We trust that the Scotsman will have warmed them up for the Shamrock. 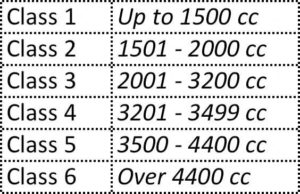 The updated Entry List includes two more columns than it has done previously, one for cc and the other for Class. The more assiduous amongst you filled in the cc space on the Entry Form with commendable accuracy. Others were more approximate and a dilatory few left it blank. As a result some of the numbers are guesses. I would like to think that they are educated guesses but given that I know the identity of the guesser, I would have my doubts! Whatever, the seemingly arbitrary cc categories have been carefully chosen for there to be a cosy 8/9 competitors in each class.

Having spoken to competitors during, and since, last year’s inaugural event, one of the regularity elements which disconcerted some was that of the timing. While this issue may be better suited to a Bulletin, I think it is worth mentioning here. 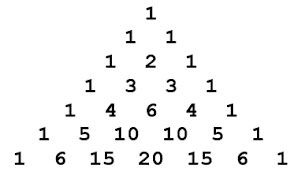 I have just one last Pascal’s triangle insight. It is its relevance in the realm of probability. Those amongst you who enjoy the occasional flutter will have, unwittingly or otherwise, used it to assess the odds in wagers you have placed or contemplated. The six rows shown cover the chances ruling groups of one to six items.

The sum of the numbers in any row gives the total number of combinations possible within that group. For instance, to determine the probability of any given boy/girl combination in a family of five children, the numbers in the fifth row are first added giving 32.

The numbers at the end of the row stand for the least likely combinations – all boys (1 in 32) and all girls (1 in 32). The second and second-last numbers apply to the next most likely combination, 4 boys, 1 girl and 4 girls, 1 boy each of which has a probability of 5 in 32. The middle pair – 3 boys, 2 girls and vice versa – have a chance of 10 in 32. So, there you are. Head off to the bookies now with the wherewithal to effect a more informed betting strategy. P.S. You will maybe have noticed that the sum of all these probabilities is 1 – which is as it should be – there are no other variations possible. However, if you add up all the odds in say, a horse race, you will discover that the total falls slightly shy of 1. Guess who benefits from this discrepancy? Yes, the bookmakers! If you fancy discovering exactly what this disparity is you must convert the” horse racing odds” format, say “3 to 1”, to the format above, 1 in 4. “5 to 2 on” becomes 5 in 7. Then add them up. Happy punting.

We received some good news from FIVA courtesy of Tony Davies, the details of which are below. Another award for you to aspire to. 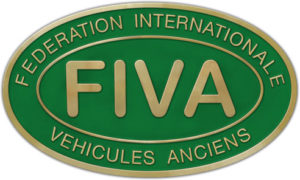 FIVA protects the responsible use of historic vehicles through legislative monitoring

In 2016, the 50th Anniversary of FIVA, we introduced our “Best Preserved Vehicle” awards that have been presented at some high profile Concours d’Elegance events every year since. These awards continue to be awarded annually. However, in 2018, to encourage more historic vehicle enthusiasts a “Spirit of FIVA” award was created to enable FIVA to support more enthusiasts and events around the world. These “Spirit of FIVA” awards are now presented annually at 10 events world-wide and FIVA is delighted to include The Shamrock Vintage Challenge 2019 in its list of selected events for 2019.