The proximity of St. Patrick’s Day prompted me to offer you some background to the flora that features in the event’s appellation.

The tradition of wearing shamrock dates back centuries, and the small, three-leafed (or trefoil) plant is famously a symbol of Irishness. Yet, it’s a bit of a sham because – whisper it! – there is no such thing as ‘shamrock’. There were fanciful linguistic suggestions that the name Shamrock was originally Persian, but the word simply means ‘young clover’ (seamair óg). However, three very different clovers grow in Ireland, so which one is it? The small yellow-flowered Trifolium dubium? The larger, white-flowered T. repens? Or the even bigger red-flowered T. pratense? Or something else entirely? Seamsóg is the similarsounding Irish name for wood sorrel (Oxalis acetosella), sometimes known as sourgrass and – here’s a clue – ‘false shamrock’. 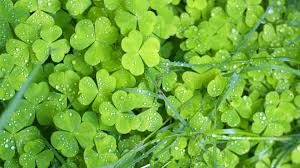 there is no such thing as
‘shamrock’.

So, in the 1890s a Dublin naturalist set out to answer the question. Nathaniel Colgan began his detective work by writing to clergymen around the country, and asking for people to send him rooted samples of ‘shamrock’ at St Patrick’s day. According to Dr Matthew Jebb of the National Botanic Gardens, Colgan received dozens of samples, all trefoil plants that looked much the same. Colgan planted the rooted specimens and waited patiently till they flowered in early summer, at which point they could be identified. He found that he had five very different species, all of which were used around the country as shamrock. The timing of St Patrick’s Day in early spring is crucial in this botanical mix-up, according to Dr Jebb, as none of the five species is in flower in March. “With just their leaves they all look the same. Actually, when people see the small yellow clover later in the year, they think it’s such an insignificant flower!” He believes that this explains why Ireland has no national flower, though we do have an (unofficial) national plant. In 1988, a century after Colgan’s detective work, another naturalist repeated his shamrock experiment. Dr Charles Nelson again asked people around the country to send in shamrock specimens. Again, the same five species turned up – even though few people get their shamrock in the wild now, as they would have done in the past. 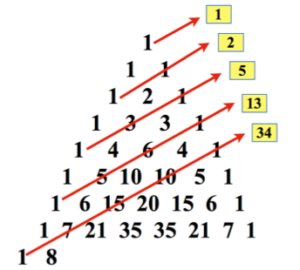 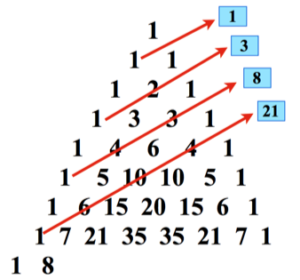 Given his absence from Newsletter 4, you probably hoped that I had forgotten about Pascal – I hadn’t, so here are the ALMOST DIAGONALS of his triangle for you to ponder upon. 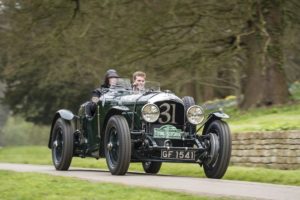 Back to more relevant subject matter. Tracey Miklaucich is unable to accompany James Mann. He is having to make do with brother, Andrew. A back tribulation suffered by John has forced the Hickmans to withdraw altogether. Richard Squire and his son, Michael will be bringing their 1930 Bentley Corsica. This car was rebuilt in 1936 for Forrest Lycett to race at Brooklands. It hasn’t changed substantially since then. 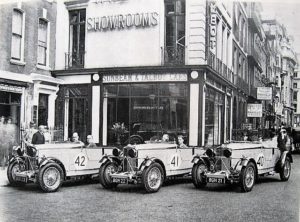 Chris Abrey & Sara Banham have arranged an agricultural ancillary and are coming back for another dose of punishment in their BMW 328. 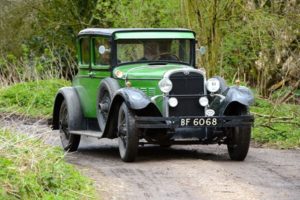 Hoping for a less eventful experience than last year when they won the “against all the odds” award, Michael Kunz & Carolyn Ward will be putting their Dodge to the test. 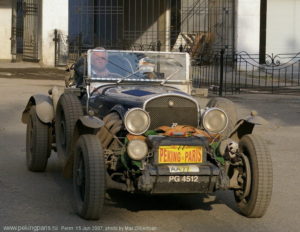 Even more unfortunate last year were David & Jacky Hall – terminal mechanical maladies saw them fail to make it to Ireland – let alone the start. They are looking forward to seeing what they missed. Steven Wilson & Trina Harley are satisfying their Irish inclinations with their second “Shamrock” to add to their previous “Emerald Isle”s. 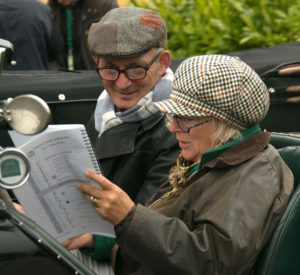 Other returnees include Rob and Jeanne Jeurissen

Does this sequence ring any
campane?

Each term is generated by
adding together the two
previous terms 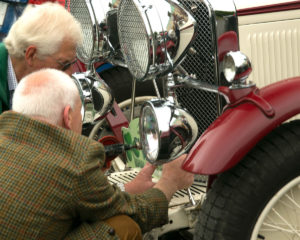 Among the plethora of Talbot 105s are front runners from last year, Nick Ward & Clifford Auld. Is attaching the Rally Plate really a “two man” job? On Hans Kuiper’s entry form he suggests that his Alvis was delivered in 1939 to the Glascow Police Department. I am confused. Does he mean Glasgow and, if so, do they have a “Department? I looked, unsuccessfully for a Glascow in northern mainland Europe that may more credibly have a Police Department. The plot thickens. 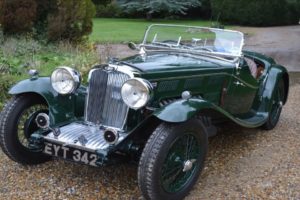 Andy Bailey will be led by Philippa Spiller in the Triumph Dolomite 6c. His fellow imbiber, Eric Kavanagh will be behind the wheel this time, with son, John “on the maps”. 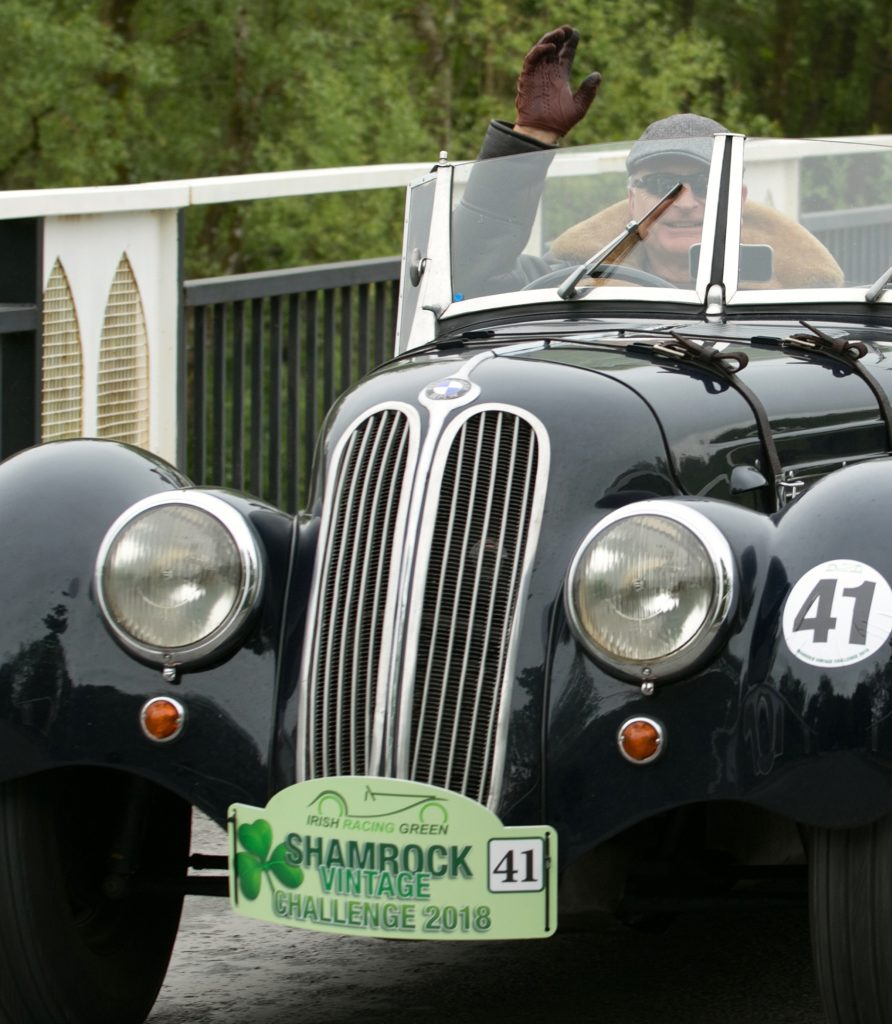 Friendly Francis Rhatigan will have his wife, Marie alongside 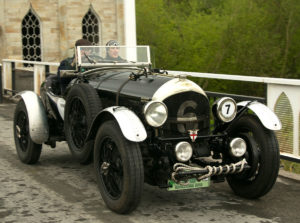 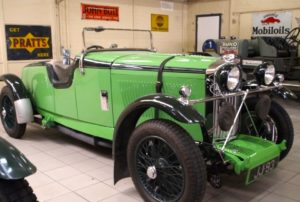 This Talbot will be Michael & Wendy Birch’s Challenge conveyance 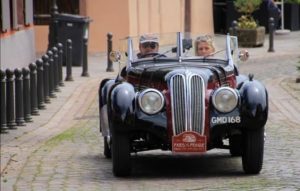 Martin & Olivia Hunt are part of the BMW brigade 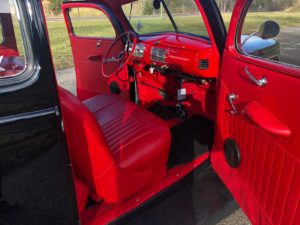 Lorenz Imhof’s Lagonda has been experiencing engine gremlins so he and Adrian Bielser will be enjoying the comforts of a 1937 Ford V8 Coupé. I suggest that sunglasses will be an essential appurtenance for the pair. 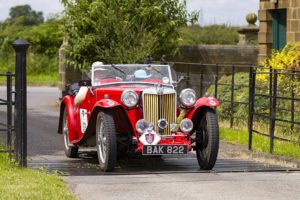 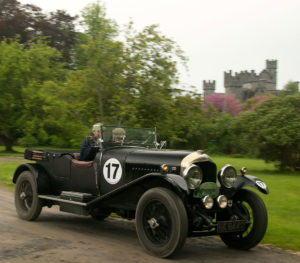 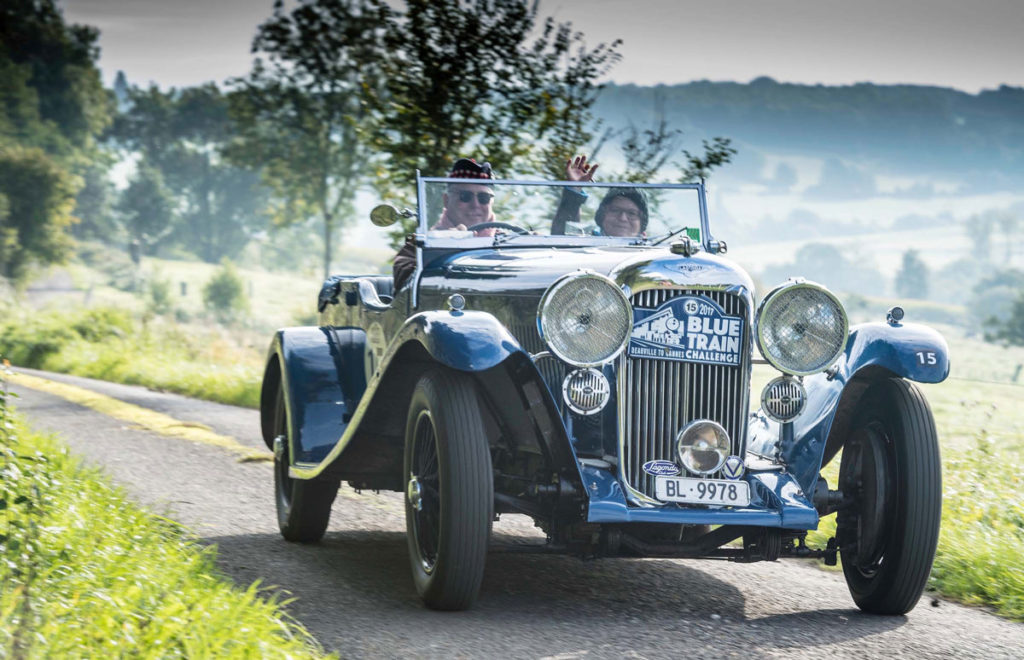 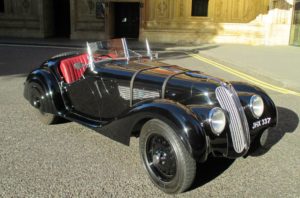 Another BMW – this one Bertie & Charlotte Van Houttes’ 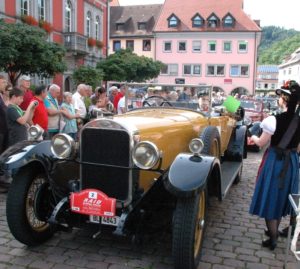 David Cook will have the legendary Dave Kirkham in the passenger seat. When I say legendary, I am of an age where essential reading in my youth was Motoring News. Dave, courtesy of his liaison with Mick Briant in the Navigation Road Races Rallies of that era, featured prominently, and regularly, in dispatches. Michael Cotter will have his 1923 Bentley 3/4.5 litre. He has made a shrewd move in bringing Simon Echlin as his navigator. Simon does more than read maps – he is a mechanical wizard. He could also take the wheel if Michael would prefer to enjoy the scenery. (The absence of a hydraulic handbrake might slow his gallop though.) 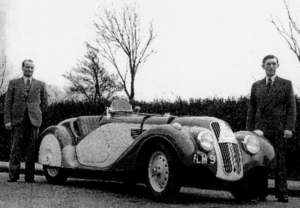 Peter Neuman will have Andrew Hall alongside in, he hopes, his Frazer Nash BMW 328 which is scheduled to be finished a rehabilitation programme in time for the event. This car is one of just 45 RHD imported to the UK. Chassis No. 85301 was the actual car exhibited at the 1939 Earls Court motor show . First owner was Geoffrey Crossley an amateur racer and he sold it in 47 to Gilbert ‘Gillie ” Tyrer a well known privateer racer and car dealer. He had amazing success with the car winning virtually every event he entered. The car was sold in 1949 and ended up in the USA until it returned in 2005 and stayed with its owner until late 2018 when it was acquired by Peter. 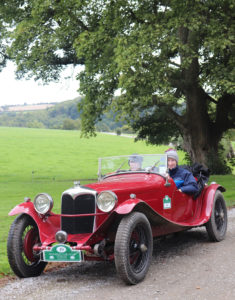 Sholto Gilbertson-Hart has deferred to his dad, Willie in the driving department. Sholto will be devoting himself to directional duties. They are bringing a 1928 Bentley 4.5 litre Tourer. David Cook will have the legendary Dave Kirkham in the passenger seat. When I say legendary, I am of an age where essential reading in my youth was Motoring News. Dave, courtesy of his liaison with Mick Briant in the Navigation Road Races Rallies of that era, featured prominently, and regularly, in despatches.

Until next time.
– Norbury