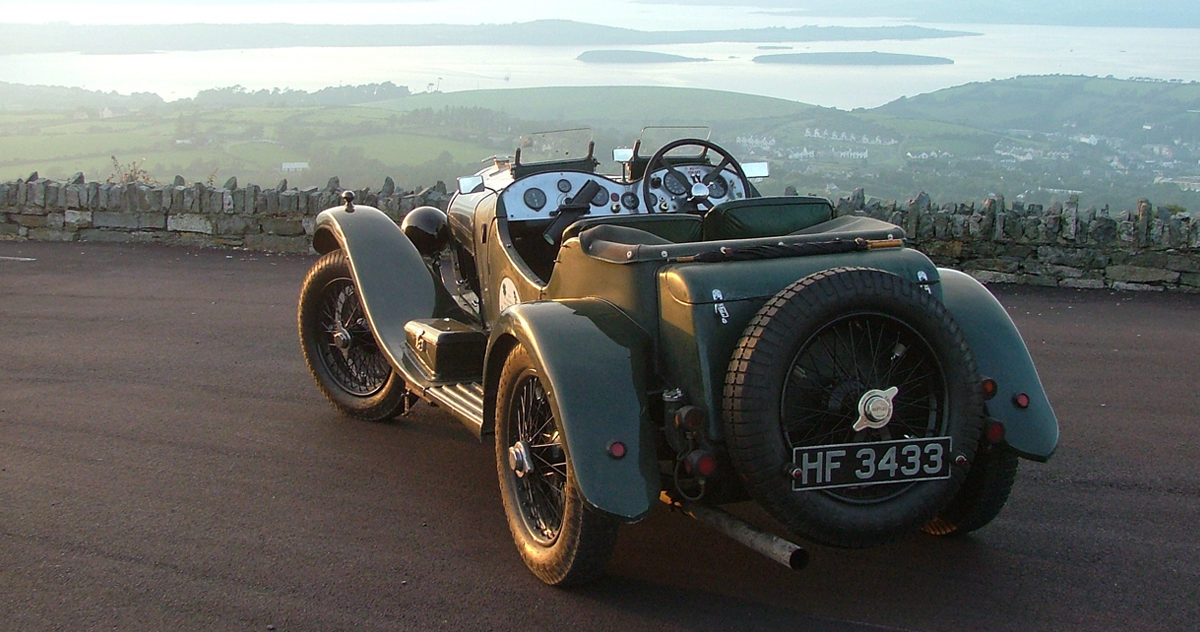 Irish Racing Green has been set up by a small team of dedicated and experienced enthusiasts, with many years of organising and participating in historic motor sport both at home and abroad. Through this experience, Irish Racing Green has an unrivalled knowledge of the best of Irish roads, suitable for the older cars, together with access to private lands and estates. This allows for the design of a unique event not available from any other source.

Mickey Gabbett, competing in historic motorsport both at home and abroad for more than twenty years, has been involved with running events for nearly as many years. Mickey has a unique access to many of Irelands stately homes, and we will be visiting these venues for tests and coffee breaks.

Michael Jackson, has been competing since the early seventies, and organising events for the last twenty years. Has served as Clerk of the Course for The TDC Retro rally and, more recently, for the Gordon Bennett International rally.

Shane Houlihan, competing in vintage events world wide, is a highly experienced competitor and has acted as an ambassador for early motorsport in Ireland. A Past-President of the Irish Vintage and Veteran Car Club, Shane has been organising and running events for early cars for a number of years.

Background to our name

The name “Irish Racing Green” has been chosen to mark a particularly important event in motor sport in Ireland. In 1903 the Gordon Bennett International Cup race was held in Ireland. This race should have been held in England, as S F Edge had won the race for England the year before, driving a Napier, the honour being to host the next race in the winner’s country. However England was not in a position to close public roads for a motor race, especially having only recently repealed the “red flag law”. So a small group of well connected enthusiasts, including pioneering racer Count Elliot Zbronowski, managed to get legislation passed allowing the race to be held in Ireland. In order to avoid confusion in identifying the cars during the race, each country had to choose a colour to represent that country. In gratitude to Ireland for hosting the race, Zbronowski suggested to the English team that the Napiers should be painted, originally, Emerald Green, later to become British Racing Green.