A drawback to generating a Newsletter for a well-received event is that competitors return for more, thus rendering there being fewer people/cars to write about. Nonetheless, the entry forms have provided me with quite an amount of information. Before regaling you with these nuggets, I will fill you in on a couple of other matters. While the route is almost finalised, it is a little premature to be whetting your appetite for the challenges in store. 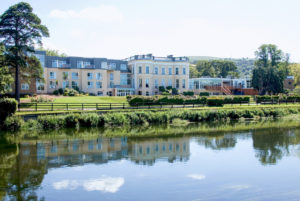 At a more fundamental level the Hotel Minella in Clonmel will provide all of the physical prerequisites you expect. It is located on the picturesque banks of the River Suir, on the edge of the town. The Suir is one of the “Three Sisters” – the others are the Barrow and the Nore – which reach the sea in Waterford. Clonmel’s hinterland is home to quite a few multi-nationals, particularly in the medical area. These include Abbot and Boston Scientific. Probably of more immediate interest to us is the Bulmers (known as Magners elsewhere) cider plant which has been operating since 1935. It is recommended that you avail of the hydration opportunity offered by this excellent product. Even more cognizant of your corporeal needs will be the Dunloe Hotel and Gardens on the outskirts of Killarney. It overlooks the famous Gap of Dunloe and is set on its own 64 acre estate leading to the ruins of the 12th century castle and River Laune. 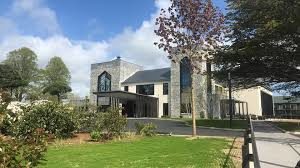 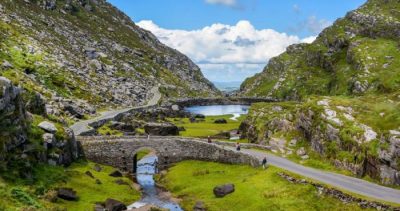 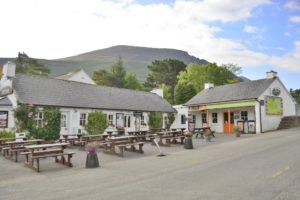 A notable landmark is Kate Kearney’s Cottage. Kate was a well known beauty in Ireland in the years before the Great Famine (1845-1849). It was in this cottage (upgraded since then!) that Kate distilled her famous poitín, ‘Kate Kearney’s Mountain Dew’, which was “very fierce and wild, requiring not less than seven times its own quantity of water to tame and subdue it.” It was of course illicit! Yet another attraction here is the option to travel by jaunting car (not allowed for in the regs), the drivers of which are called jarveys.

A conspicuous feature of the 2018 & 2019 Newsletters was the infiltration of some mathematically inspired snippets to pander to my delusion that mathematics might be interesting. I regret to have to apprise you that I am continuing this practice. Last year, Blaise Pascal was the featured genius. This year it is the turn of the 17th century Swiss mathematician (amongst other disciplines) Leonhard Euler. So clever was he that there is Euler’s Identity, Euler’s Number and Euler’s Line to remember him by. It is the last of these which I will address. We will begin with some drawing. If you would like to participate, you will need a ruler, a pencil and a pair of compasses (not two of the instruments which allow you to determine direction, rather the tool for drawing circles). You will also need a hard copy of this page of the Newsletter. This will provide you with a blank triangle to play with. This exercise is not obligatory. 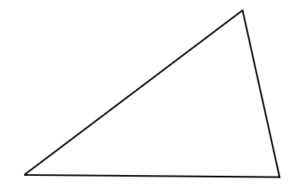 With the help of your ruler, find and mark the mid-point of each side. Using “draughtsman’s eye” or, if you are particularly enthusiastic a protractor or set-square, draw lines at right-angles/perpendicular to the sides. You will now have discovered something interesting – all of these lines intersect at the same point. This is not “any old point”. It is the centre of a circle which passes through the three “corners” of the triangle which you can confirm by deploying your pair of compasses circumspectly. The circle, not surprisingly, is termed the circumcircle and its centre, the CIRCUMCENTRE. 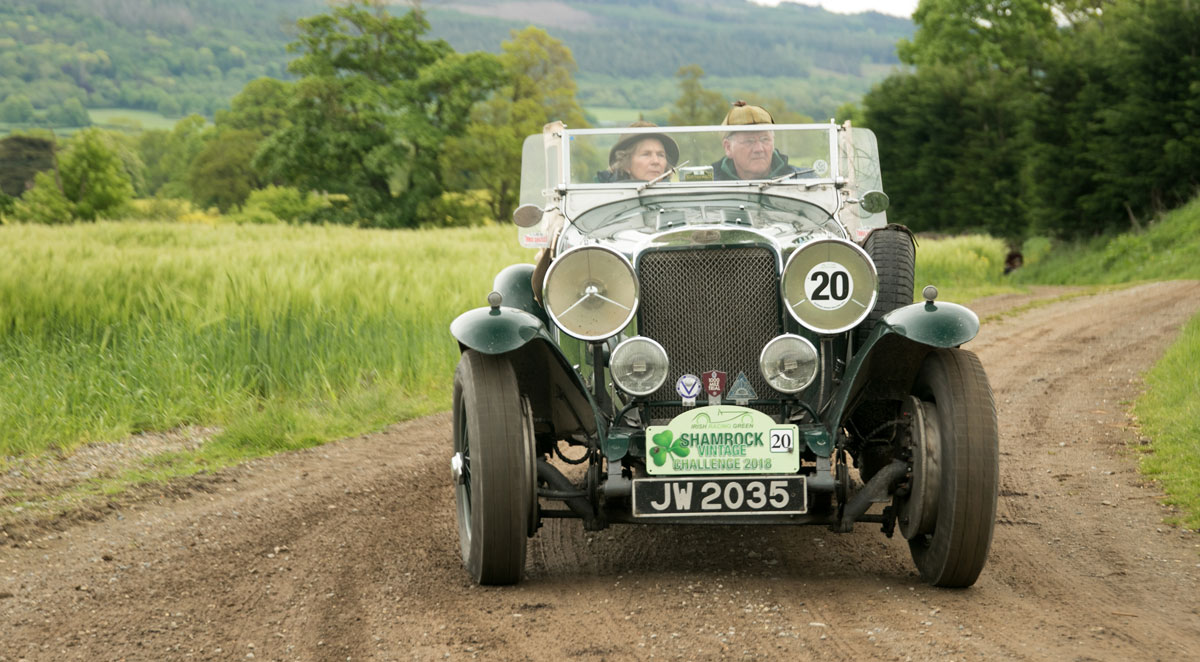 The 2-seater body is built on a 23.8 chassis shortened by 12”. It was designed and built by Geoff Henderson from Co. Durham. The Wignalls have owned the car since 2003 and have covered over 30,000 miles including several rallies. Most recently (Feb. 2019) they shipped car to New Zealand for a 3,000 mile tour of the North & South islands. For this tour a special luggage box was bolted to the running board with a rather ingenious receptacle for an umbrella!

Roger Tushingham & Dennis Greenslade 1935 MG PB Midget. Built in 1935 and first registered in August 1936. On failing an MOT test in the early 60s the owner, James Winnard, took the car off the road for a comprehensive rebuild. His son, Keith, completed the job 50 years later! Roger acquired the car in 2015 and as he found it very slow he is fitting a gadget that is supposed to blow the fuel into the engine! 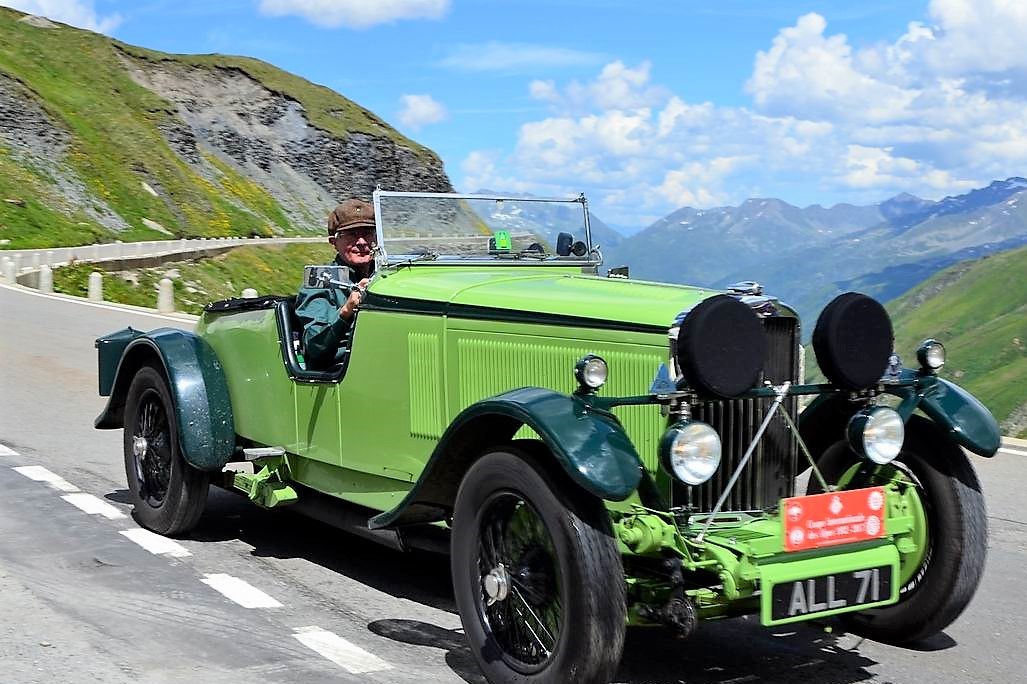 Fully restored by mark specialist Ian Polson. Is now used extensively across Europe including rallies in the Alps and Pyrenees. James has competed in the Flying Scotsman as well as the 2019 Shamrock Vintage Challenge.

Kevin Lee & Annabel Jones – 1936 Frazer Nash BMW. One of just three remaining FN-BMW 319 saloons, the car was imported to the UK in 1936 and first registered in Liverpool in 1937. Extensively rallied in the 50s by Bob Macpherson when it was modified with an Austin A40 back axle and a Wolseley gearbox. The current owners purchased it in 2018 and returned it to its original configuration.

This car was built by coach builders, R. Harrison & Son Ltd. of London. It was used by Bentley Motors for experimental & demonstration purposes having been sold to them by a Stuart de la Rue. It was road tested and featured by The Motor magazine in March 1923. 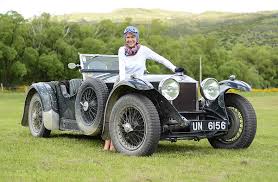 Chassis S42, with coachwork by Carbodies, was delivered in 1931 and owned by the legendary Sound of Music actor, Christopher Plummer. It later competed at the Prescott Hill Climb in the 1950s. The name given her by the Invicta club in the fifties was Sandstone. The bodywork and interior were restored in the late 1990s and subsequently the engine was refurbished for the present owner. It is a fabulous, four seater vintage sportscar – fast, reliable and pretty. Annette renamed her Victoria after she acquired it in 2011 and has rallied it in New Zealand, Georgia (Black Sea) and China to name just a few of the places.

Francis & Marie Rhatigan – 1939 BMW 328FN. They have survived two Shamrocks and hope to do similarly on this occasion.

Richard & Isobel Squire – 1930 Bentley 4.5 Corsica. Their car was rebuilt in 1936 for Forrest Lycett to race at Brooklands. It is largely original today.

Steve Wilson & Trina Harley – 1948 Morris 8 Series E. They were sixth on the first Shamrock Challenge and have been Class winners on the Rally of the Tests and the Winter Challenge. 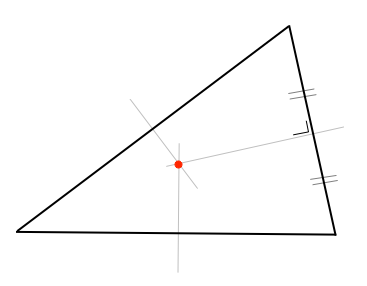 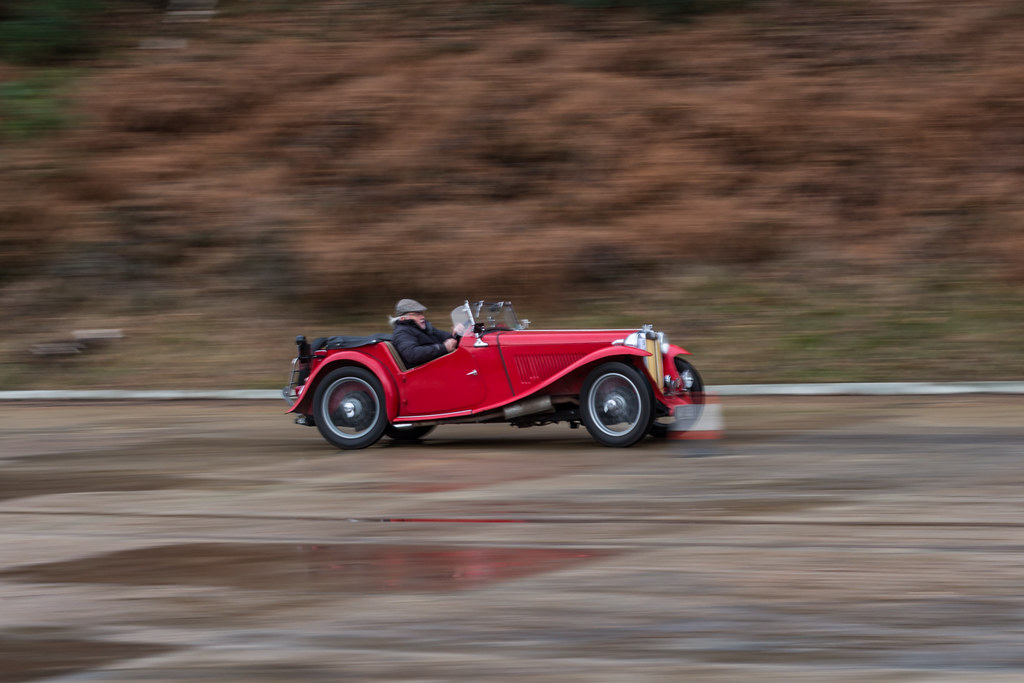 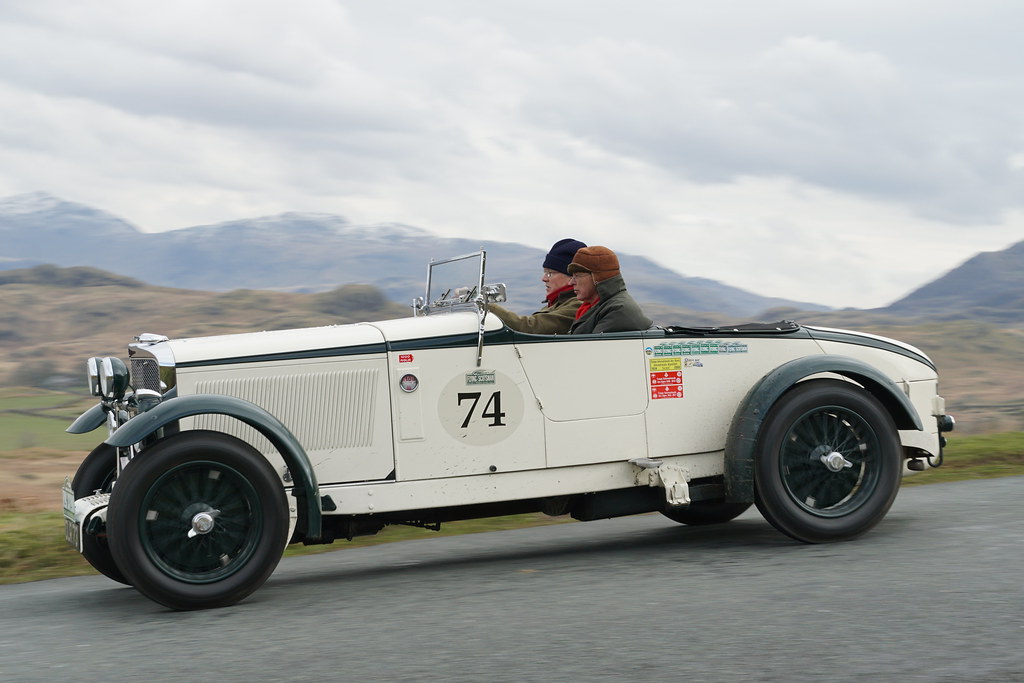 This car has done loads of rallies over the past 20 years, including every Flying Scotsman bar 2012. The car, despite having done nearly 80,000 miles in the last 11 years, has managed to finish in the Top 8 in all of those “Scotsman”s – impressive. 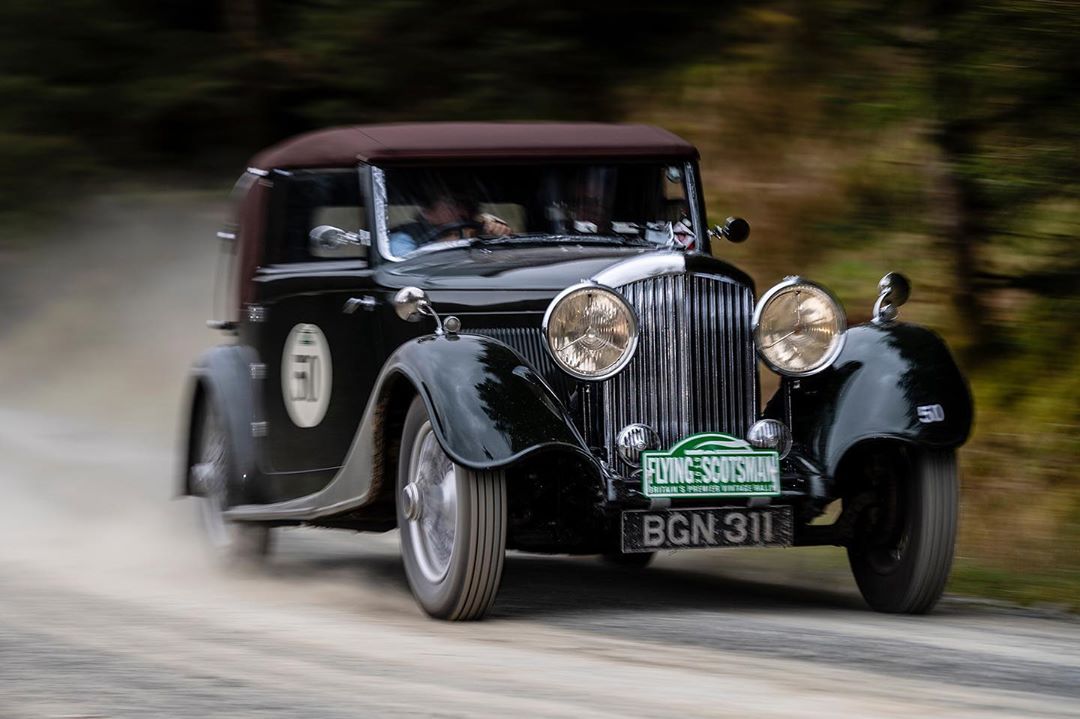 Reto Mebes & Hansjurgen Benze – 1934 Bentley Derby 3.5. They also hope to have as good a time as last year 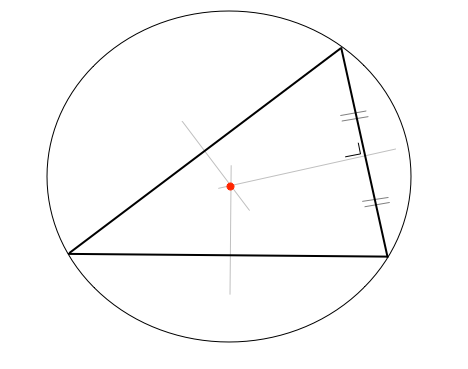